Daniel’s school is about 5-10 minutes away (depending on traffic) from where I work. It’s wonderfully convenient, especially if I take the side streets instead of the main thoroughfares to get to work.

One of the side streets I take is a winding, narrow street that has been gentrified. It has a mix of quaint houses and stylish new apartments. A few years ago, I truly would have been nervous driving down this side street (justified or not) but no longer.  The far end of the street closest to my workplace has the Governor’s School for the Blind and a historic park.

About three-quarters of the way along this street is a sign saying, “Hidden Driveway.” It has caught my fancy. I’ve been down the street enough times not to see anything that resembles what I would consider a hidden driveway. I assume that maybe what they mean is the School for the Blind’s driveway because I see no other likely candidates.

However, every time I see the sign, it gives me a thrill and sends my imagination into overdrive.  This street is tucked away enough to make me wonder what serendipitous things we might find there.  When I think of a hidden driveway, I envision an entire household living underground.  When a sensor beeps, telling them they are clear, part of the foliage on the side of the street is thrown back, and a car appears. It enters the street and the house recedes from sight again, the secret safe. Hidden driveway indeed.

Maybe this household has decided to live off the grid. Maybe they are protesting world conditions. Maybe they just want to reduce their dependence upon foreign goods. Who knows? I picture them defining their interaction with the world on their terms.

When a household is so different from yours (as a family living underground or hidden in plain sight would be), you wonder how they deal with typical family issues. How do they deal with the preschooler’s whine, “I don’t WANT to eat that?” Or the fight over who cleans the cat litter? Or doing dishes? How do such mundane tasks fit into the focus upon broader issues?

Shortly after the sign, I turn onto another street. Work is practically within sight. I miss the whimsy suggested by the “Hidden Driveway” sign. Reality will be crashing in again soon.  Maybe one day, if I’m really fortunate, I’ll see the people who live there. If I’m not so jaded as to make it impossible.

What are your magic moments during your commute?

The blogosphere was quiet late last week and over the weekend because more bloggers than you can shake a stick at were in NYC attending BlogHer 12, a huge annual conference with lots of swag, lots of brands, lots of parties and oh yeah, informative content as well.  The 5000 bloggers also heard from notable speakers such as President Obama, Martha Stewart and Katie Couric.

Unfortunately I was unable to attend this mother of all blogging conferences, but do not cry for me, blogosphere, because it turns out my weekend was almost like being in NYC.  A recap of HomeHer12:

I spent quality time with one of my roommates by helping him vomit in sanctioned receptacles and cleaning it up after he woke up with a “sour stomach.” 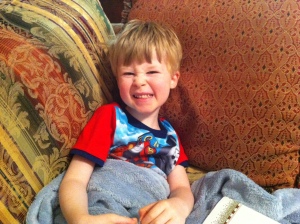 I encountered a few divas and catty behavior.

I took in a show. 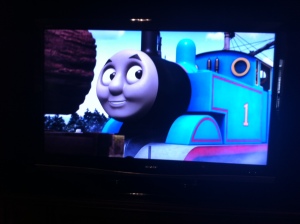 I wore amazing outfits that were the envy of all I encountered.

I ate amazing food I couldn’t get anywhere else. 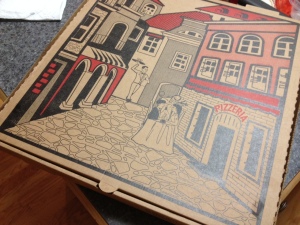 I braved the crowds and went shopping. 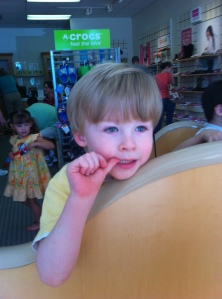 I managed multiple devices during conference sessions while enjoying a glass of wine.

I also had a quick visit with fellow blogger Brandy and her super adorable new baby (no pictures unfortunately).

If you attended BlogHer, tell me about your experience.  If not, what was the highlight of your HomeHer12 weekend?